Now, I can’t promise you that any certain cologne is a guaranteed panty dropper! You need to bring the whole package and have some game when it comes to pulling in the ladies. BUT there are some colognes out there that may pique their interest and all you need to do from there is run with it. Sometimes a head turn is all it takes to make that eye contact and give you the opportunity to spark up some conversation. A great men’s cologne that is applied properly will give off that one whiff that can get the possibility of a great night pushed into motion. Check out our top picks of some sexy men’s fragrances.

Aventus by Creed was launched in 2010 to celebrate Creed’s 250th anniversary. It is inspired by a powerful emperor and the many facets of his life: war, peace and love. It was created by sixth and seventh generation perfumers, father and son Olivier Creed and Erwin Creed. They handpicked the best ingredients to create a fresh and fruity fragrance.

Aventus opens with notes of Italian bergamot, French apple, royal pineapple and black currant. The heart is made of Moroccan jasmine, patchouli, dry birch and rose. At the base are notes of vanilla, musk, oakmoss and ambergris.

The cologne is fruity but also rich. It embodies the confident, mature and sensual men. Aventus is adored by women for its provocative, mysterious and sexy qualities. As expected from such a high-quality cologne, its sillage is divine, its longevity is amazing and its projection is excellent. We recommend that you do not buy Creed fragrances from high-end stores. A 4oz bottle of Aventus by Creed retails for 400$+ in stores such as Nordstorm and Saks. The same bottle can be found on Amazon, from a well-known retailer, for 245$. 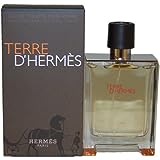 Terre d’Hermès was launched eight years ago and was created by Jean-Claude Ellena, who has created over thirty fragrances for Hermès. The name is French for « Earth of Hermes » or « soil of Hermes ». Terre d’Hermès really does remind of the Earth, of nature. The cologne is built around woody, vegetal and mineral notes. The opening is zesty and fresh, with notes of fizzy grapefruit and sweet orange. The heart is kissed with vibrant, peppery and spicy notes. It features patchouli, baies rose, pink peppercorn, gunflint, peppers and geranium leaves. The base is composed of ever-present Atlas cedarwood with subtle notes of gum benzoin and vetiver.

Terre d’Hermès is a statement cologne. It has personality, intriguing sensuality and sex-appeal. It is clean and classy. It is best worn in the daytime, at work or on a business lunch. It is also playful enough to be worn at the beach or on the tennis court. The cologne is long-lasting, has a nice deep sillage and great projection. 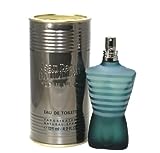 Jean Paul Gaultier’s Le Mâle (French for “male”), was created in 1995 by perfurmer Francis Kurkdjian. The sexy cologne is warm and gentle. The top notes are mint, artemesia, cardamom, lavender and bergamot. The heart contains cumin, cinnamon, and orange blossom. The warm and sweet base is composed of cedarwood, amber, vanilla, tonka bean and sandalwood.

Le Mâle is notoriously loved by woman. It exudes strength and masculinity, while remaining soft and comforting. The bottle, with its male torso shape, dressed with the iconic Jean Paul Gaultier sailor jersey, fits the cologne well. The notes are in perfect harmony. The minty opening is refreshing, powerful and mouthwatering. The drydown is musky and soft.

Although strong, Le Mâle is not cloying. It can be worn during the day, but truly shines at night. It is perfect for a night on the town or for a dinner date. The cologne is long lasting: it will linger on your skin for a long time. 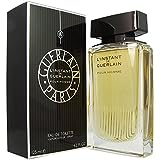 Following the success of L’Instant de Guerlain, Guerlain commissioned a duo of perfumer, Sylvaine Delacourte and Béatrice Piquet (RIP), to create a men’s cologne of the same name. Delacourte and Piquet created a fresh, sophisticated and intriguing fragrance which reminds one of a classy man in a suit. The cologne is undoubtedly sexy and sensual. It opens with fresh citrus notes complimented by anise and jasmine. The middle is masculine and warm and features cedar, patchouli, Indian sandalwood, cocoa beans, Lapsang tea and lavender. The base is round and deep with musk and hibiscus seeds.

Bleu de Chanel was launched fourteen years ago and was created by legendary nose Jacques Polge. This woody aromatic cologne is described as one of Chanel’s sexiest fragrance to date. Its understated, all black bottle is the symbol of true luxury. Polge created a clean and robust mix which defies conventions. The blend of citrus and woods is intoxicating. The cologne features a complex mix of notes : ginger, sandalwood, labdanum, nutmeg, citruses, vetiver, incense, cedar, patchouli, mint, jasmine, grapefruit and pink pepper.

Bleu de Chanel is a mature and subtle scent which is also imposing, like the quiet man who commands respect with his presence. Bleu is a high-quality cologne, well suited for formal or important occasions. It has a distinctive scent without being overpowering or cloying. The cologne will stay on your skin for up to eight hours. It lets out a nice, woody sillage. Bleu de Chanel can be worn all year round.

So those are just a few colognes that seem to have a great reception from the ladies. Obviously we all may have different experiences with different fragrances, but these ones are definitely worth trying out if you’re looking to impress. Even getting just a compliment can work in your favor if you’re slick enough to turn that into getting a drink at the bar or grabbing a bite to eat. Feel free to check out our top cologne lists section to get more ideas on some frags that work great. Also, feel free to leave us a comment on which ones have worked well for you when it comes to the ladies.

Also, shout out to YSL and Dior men’s fragrances. Both those perfume houses have created, with some legendary noses, some of the best colognes for men that will make the pretty ladies heads turn without a doubt!